I love it when friends cook for me! I recently got the opportunity to catch up with Nile Rodgers over a bowl of his famous chicken soup at his house in Connecticut where he shared plans with me for the We Are Family Foundation’s…FEAST FOR PEACE… a 15 course food and wine pairing to be held at Zanaro’s in White Plains, New York on June 8th, 6-10 p.m.

Brett Ratner, Nile Rodgers, and Julie Anne and Nick Rhodes
For those that don’t already know, Nile is the guitarist of the band Chic. I defy you to sit still through Good Times or Le Freak… I always bounce around in my car…ignoring onlookers that inevitably think I am certifiably insane. In the 80’s he put Sister Sledge on the map when he and his late partner, Bernard Edwards, produced We Are Family (hence the name of his charity). Nile went on to produce Diana (as in Ms. Ross), Madonna’s Like a Virgin, David Bowie’s Let’s Dance, and many others. We met in London when he produced Duran Duran’s first #1 single, The Reflex.

Nick and I in the infamous flat
Nile, Nick, and I quickly became partners in crime…having quite a few good times of our own. Nile unwittingly got us evicted from our London flat just two weeks before our looming nuptials in 1984, when Parkinson (England’s answer to Johnny Carson) asked him on national TV, “So Mr. Rodgers what do you do when you are not making hit records?” His reply was, “The cool thing to do man, is to hang out at Nick and Julie Anne’s flat and throw records out the window.” He was referring to one of our many after hours parties thrown to the bemusement of our neighbors. Nile had no idea of the consequences of that remark until we caught up 26 years later…crying with laughter while we walked down memory lane and discussed the charitable foundation he started shortly after 9/11.
Now you all know how much I lurve food, adore my friends, and that I’m forever willing to lend a hand to any charitable organization, so here’s the scoop (I so wish I could be there too):

Tuna Crudo, Ginger, Lavender, and Meyer Lemon
Chef Joe D’Maggio Jr. (who trained under Michelin recipient, Jacques Maximim, at the Hotel Negresco in Nice, France, and has been cooking for A-listers for 28 years ever since) and Chef Don Pintabona (former executive chef at Robert DeNiro’sTribeca Grill in NYC who has cooked for such dignitaries as President Clinton and Nelson Mandella ) will present a “Gastronomically gripping spread complete with Oriel Wine pairings from every corner of the world”.
Guests will also be treated to an intimate performance of Harlem’s Impact Repertory Theatre….a non profit performing arts group for teenagers. The theatre was responsible for the Oscar-nominated song “Raise it Up” in last year’s film August Rush.

Seared Sea Bass with Wild Mushroom Consume
100% of your ticket purchase will go towards WAFF’s 2010 Three Dot Dash Just Peace Summit, a yearly meeting of extraordinary global teens dedicated to creating a peaceful society. Several of those teen leaders will be present to talk about their experiences and the projects they have founded in their own communities.

Smashed Meatball Pizza with Fresh Mozzarella and Ricotta
Tickets are going fast, but there are still some available, so hurry up and get yours now! They are selling for $175.00 now or $200.00 on the door the day of the event. Great value for money if you ask me and you get to help a good cause. To find out more about WAFF, make donations, or purchase tickets for FEAST FOR PEACE please visit http://www.wearefamilyfoundation.org/ 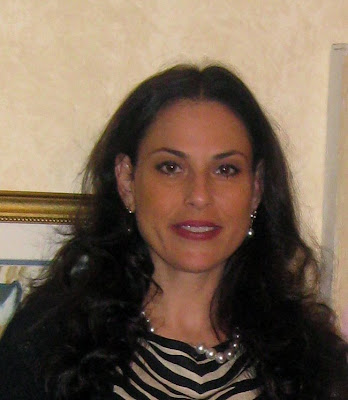 Here is my rendition of Nile’s famous chicken soup for those of you too far away to indulge your taste buds at FEAST FOR PEACE.
Nile Rodgers Famous Chicken Soup

Le Freak-in Great Soup!
Serves: 6
Ingredients:
Directions:
1). Melt 2 tablespoons butter in a large Dutch oven over medium-high heat.
2). Season chicken with salt, pepper, and a pinch of the paprika mixture. Brown chicken, in batches, on all sides, transfer to a plate and cover loosely with foil to keep warm.
3). Melt remaining tablespoon of butter, add onions, celery, red peppers, garlic, paprika, and cayenne. Cook until softened and onions are translucent; about 7-8 minutes.
4). Add chicken broth, stir well, scraping up all the gooey bits off the bottom of the pan.
5). Add chicken back to the pot, bring to boil, cover and simmer 25-30 minutes. Remove chicken pieces, allow to cool slightly (enough to handle), then remove skin and bones, and cut into chunks, to add back into soup.
6). Add tomato paste, caraway seeds, noodles or corn, and cook for an additional 5-8 minutes.
7). Serve hot with a dollop of sour cream if desired.
« Previous PostNext Post »
Tags: Chic, chicken soup, Feast for Peace, Nick Rhodes, Nile Rodgers, We Are Family Foundation